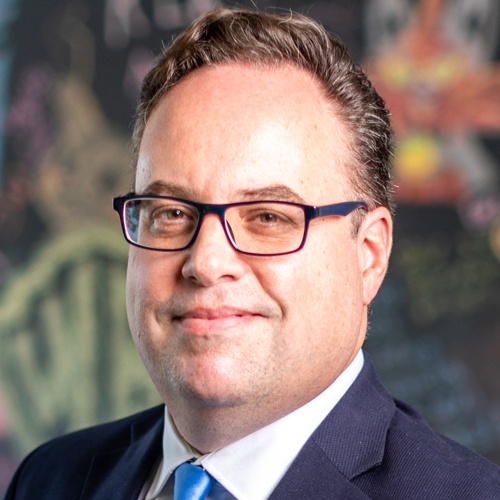 He is currently the Dean of the College of Communication and Design at Lynn University in Florida. Considered one of the most diverse universities in the country, Lynn prides itself on innovation. In 2021, Santalo implemented and created one of the first, if not the first, NFT decentralized museums in the country, where he also took part as one of the art curators and artists. He most recently presented at the Inclusive Museum Conference "Rethinking the Museum" at the Moore College of Art in Philadelphia, where he is also a member. The Lynn NFT Museum is located in 4 locations globally, Boca Raton Innovation Campus (IBM's Research and Development Headquarters and birthplace of the PC), Lynn University, American College of Dublin (Childhood home of Oscar Wilde), and the Boca Raton Towers.

Over the past 20 years, he served as an adjunct professor at Miami Dade College, The Art Institute of Pittsburgh, and the University of Miami, teaching various traditional and digital drawing subjects to project budgeting, advanced animation and character design.

Santalo worked for Telemundo/NBC Universal on Quibi, a special project created by DreamWorks founder Jeffrey Katzenberg. Previously he held roles at Univision, including art director for corporate marketing, promotions and digital and art director for entertainment and programming. Santalo has illustrated, designed and animated live performances for shows such as the Latin Grammys and Premio Lo Nuestro and artists such as Calle 13, Carlos Vives, Cirque du Soleil, Gustavo Dudamel, Juan Luis Guerra and Marc Anthony. He also art-directed all the significant title sequences for WStudios powered by Univision, including Amar a Muerte, La Bella y Las Bestias and La Piloto 2. In 2010, his collage painting was chosen for Univision’s presentation of the 2010 FIFA Worldcup in South Africa. His fine artworks are part of nationwide private, public, and institutional collections. These include Miami Dade College Permanent Art Collection, FAMU Coleman Library Art Collection (Florida Art in State Buildings), Cuban Heritage Collection, University of Miami and Little Company Mary Hospital in Chicago, Illinois.

Santalo is currently pursuing a doctorate at St. Thomas University in Leadership and Innovation and has an M.F.A. from the University of Miami and a B.F.A. from Pratt Institute. He, his wife, and three beautiful children reside in South Miami.